One of the earliest advanced civilizations, Ancient Egypt, had a rich religious tradition which permeated every aspect of society. As in most early cultures, the patterns and behaviors of the sky led to the creation of a number of myths to explain the astronomical phenomena. For the Egyptians, the practice of astronomy went beyond legend: huge temples and pyramids were built to have a certain astronomical orientation. Although many of the religious aspects of Egyptian life were known for centuries, it was not until recently that a number of archaeoastronomers attempted to find out how important astronomy really was in ancient Egypt.

Foremost of the archaeoastronomers, and one of the pioneers in the field, was Sir Norman Lockyer, a British astronomer who lived from 1836-1920 and extensively studied Egyption astronomy. In his wonderful book 'The Dawn of Astronomy', Lockyer breaks ancient astronomy into three distinct phases. First, a civilization goes through the worship stage, where astronomical phenomena are viewed only as the actions, moods, and warnings of the gods. Next, a civilization progresses to using astronomy for terrestrial purposes, such as for agriculture or navigation. The final step is to study astronomy solely for the sake of gaining knowledge. The Ancient Egyptians started in the worship stage and eventually began to see how astronomy could help them in their everyday lives.

The Egyptian gods and goddesses were numerous and are pictured in many paintings and murals. Certain gods were seen in the constellations, and others were represented by actual astronomical bodies. The constellation Orion, for instance, represented Osiris, who was the god of death, rebirth, and the afterlife. The Milky Way represented the sky goddess Nut giving birth to the sun god Ra. In the picture below, Nut is shown bending over the Egyptians. The stars in Egyptian mythology were represented by the goddess of writing, Seshat, while the Moon was either Thoth, the god of wisdom and writing, or Khons, a child moon god.

The horizon was extremely important to the Egyptians, since it was here that the Sun appeared and disappeared daily. A hymn to the Sun god Ra shows this reverance: 'O Ra! In thine egg, radiant in thy disk, shining forth from the horizon, swimming over the steel firmament.' The Sun itself was represented by several gods, depending on its position. A rising morning Sun was Horus, the divine child of Osiris and Isis. The noon Sun was Ra because of its incredible strength. The evening Sun became Atum, the creator god who lifted pharoahs from their tombs to the stars. The red color of the Sun at sunset was considered to be the blood from the Sun god as he died. After the Sun had set, it became Osiris, god of death and rebirth. In this way, night was associated with death and day with life or rebirth. This reflects the typical Egyptian idea of immortality.

​The center of Egyptian civilization was the Nile River, which flooded every year at the same time and provided rich soil for agriculture. The Egyptian astronomers, who were actually priests, recognized that the flooding always occurred at the summer solstice, which was also when the bright star Sirius rose before the Sun. The priests were therefore able to predict the annual flooding, which made them quite powerful.

Many Egyptian buildings were built with an astronomical orientation. The temples and pyramids were constructed in relation to the stars, zodiac, and constellations. In different cities, the buildings had different orientations based on the specific religion of that place. For instance, some temples were constructed to align with a star that either rose or set at harvest or sowing time. Others were oriented toward the solstices or equinoxes. As early as 4000 B.C., temples were built so that sunlight entered a room at only one precise time of the year.

An alternative building method was to gradually narrow successive doors into a specific room, in order to concentrate the sunbeams onto a god's image on the wall. The designs sometimes became quite complex. At the temple of Medinet Habu, there are actually two buildings which are slightly off-kilter. It has been suggested that the second one was built when the altitude of the other temple's orientation stars changed over a long period of time. The picture below shows Medinet Habu and the relative orientation of its temples. 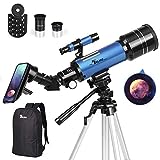