Can You Use Welding Goggles to View a Solar Eclipse?

A solar eclipse is one of the biggest wonders that our planet offers us. It is an event that pretty much everyone would want to pay attention to, but did you know that staring directly at a solar eclipse can be very dangerous? People that think just because a solar eclipse involves the sun being a little darker than it usually is then it is safe to look at it, but the radiation that extends outwards from the sun is still present. Why then do you need to look at it? Can you use welding goggles to view a solar eclipse?

Indeed, you could potentially cause permanent damage to your eyes if you stare at a solar eclipse with the naked eye. A lot of people think that you can wear sunglasses instead. It is important that you realize that sunglasses aren’t going to do much to help you either. Indeed they could potentially cause vast amounts of damage as well because you might end up looking at the solar eclipse for an even longer period thinking that your eyes are now protected from the potential damage that the sun could end up causing it.

What You Shouldn’t Do

However, these hawkers are usually selling fakes that are going to do next to nothing to protect your eyes. It is essential that you avoid getting anything from them because people often end up with damaged retinas after having used glasses that were provided to them by a hawker, and you don’t want to have to count yourself among these people. If you were to think about it, you would realize that it is highly unlikely that glasses that have been specially made to allow you to look at a solar eclipse could be cheap enough to be sold by none other than a hawker!

Another thing that you should avoid doing at all costs is trying to come up with a solution yourself. The fact of the matter is that there are plenty of solutions out there on the internet that are supposed to help you look at the solar eclipse safely. These alternative solutions encourage you to come up with your own eyewear, thus making it easier for you to save a lot of money in the process of readying yourself to take a look at the eclipse.

As you have probably already guessed, these supposed DIY methods are not going to be of any use. Indeed, they might look like they could potentially get the job done and they could also potentially involve some fancy terminology that is going to create a false sense of confidence in the sunglasses that you are about to wear. You should be wary of these tricks because creating glasses that can filter out harmful rays from a solar eclipse is not that easy and requires a fair amount of expertise that you will not be able to attain from some random article that you found on the internet.

What You Should Do

Instead of trying to take the easy way out, what you should be doing is looking for glasses that have been certified and are legitimately going to help you protect your eyes while you are checking out a solar eclipse. They are glasses that have been built according to ISO 12312-2 safety standards, an international standard that is sure to make your eyes feel comfortable while you look at the celestial event.

The Verdict: Can You Use Welding Goggles to View a Solar Eclipse After All?

Well, the answer to this relies on a variety of different factors. If you have a pair of welding goggles on you, the first thing that you are going to have to do is figure out what the shade scale of your goggles is. The shade scale rating needs to be high enough to protect you from the solar eclipse but low enough that you would be able to view the eclipse as clearly as possible without your view getting obstructed in some way.

If your welding goggles have a shade scale rating of twelve or lower, they are not going to protect your eyes enough, and you could potentially still end up suffering from some form of eye damage specifically centered around your retina. Thirteen seems to be the best shade scale that you can get for the goggles that you are using. This shade scale is perfect because it will protect your eyes and give you a clear view of the solar eclipse, thus making them a pretty great alternative to the traditional glasses that are made specifically to look at a solar eclipse.

That being said, welding goggles with a shade scale rating of thirteen are not widely available in stores, so it’s fair to say that eclipse glasses are both easier to find as well as a lot more convenient. However, if you have welding goggles lying around you could use them to make the most of the total solar eclipse without having to go out to buy solar eclipse glasses for this purpose which can be a huge hassle and is probably not something that you are going to do thereby making it likely that you might miss the eclipse entirely. 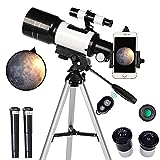